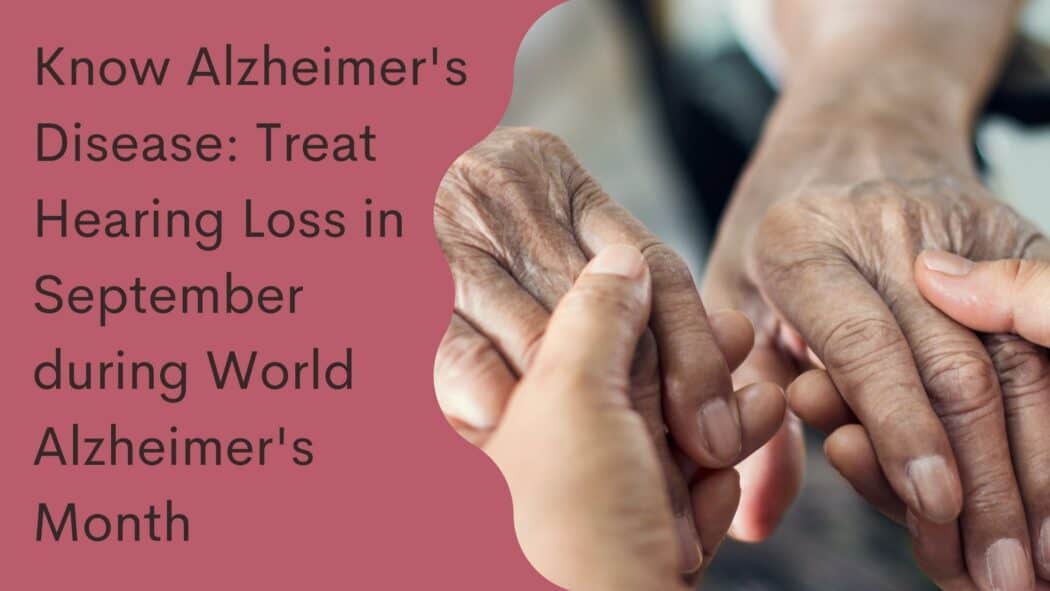 Are you 65 and older and find that you are forgetting things more and more often? Perhaps you are driving, and you forget how to get where you are going or you seem to forget a recipe in the middle of it, despite that you have practiced this recipe for years. It’s normal to forget things every now and then and when we were younger it was probably no big deal. However, as we age, we must take these moments more seriously. Alzheimer’s and other forms of dementia affect one in 16 people over the age of 65 and 1 in 6 over 80 years old. Each September is World Alzheimer’s Month, an international campaign to raise awareness and advocate for testing of this serious brain condition.

Alzheimer’s disease was first discovered by Dr. Alois Alzheimer’s who identified similar brain tissue damage in diseased patients with similar mental health issues. This brain tissue is caused by the formation of amyloid plaques and neurofibrillary tangles on brain cells, which prevent them from communicating with one another. The result is progressive brain disease. It often starts with memory loss and can progress into the loss of social skills and devolves into the inability to complete simple everyday tasks. At the height of this disease an individual will require 24-hour care which impacts the families and supporting community of the disease’s victims.

Understanding How to Reduce the Risk of Dementia

No one fully understands how these formations on brain tissue occur, but it is believed that factors which contribute to brain damage throughout a lifetime can increase the risk significantly. Some of these factors which can put stress on your brain include, impact to the head, exposure to environmental pollution, hypertension, diabetes, less education and even hearing loss. In fact, research shows that creating your hearing loss is incredibly helpful for the health of your brain.

The Connection Between Hearing Aids and Dementia

Hearing loss affects one in three people over 65 and half of those 75 and older. As the condition begins it makes it hard for you to hear only parts of words or sentences but as it continues the struggle becomes more and more of an issue. We hear with our ears, but we comprehend these sounds with our brains. When we struggle to hear, our brains must strain to fill in the gaps. This places extra stress on your brain and makes you less likely to participate in social gathering or even one on one meetings. Over time relationships start to deteriorate, causing chronic depression in those with untreated hearing loss. It is also common for those affected by hearing loss to self-isolate. The biggest risk for dementia lies in the fact that the brain needs stimulation to stay sharp and engaged. When it gets less of this kind of stimulation regularly, your brain may shrink and cognitive abilities decline, which can pave the way for dementia.

A 2018 study from the University of Manchester examined approximately 2000 individuals over a twenty-year period (1996 to 2014). Surprisingly the study found that treating your hearing loss with hearing aids could slow the development of dementia by as much as 75%. This is not only a significant finding but hopeful, as any time you can retrieve from the devastating diagnosis of dementia, is time you can spend with your family and loved ones.

Make Sure to Wear Your Hearing Aids

Of those who know they could benefit from the use of hearing aids, only 17% ever have worn them. This is alarming, especially considering the important preventative aspects they provide for cognitive health. This is often because the price of hearing aids may feel daunting or people are reluctant to admit they need the help, mistaking it for a sign of weakness.

The truth is, that when you wear your hearing aids proudly, you become a role model for others who may be reluctant. Turn your hearing aids into a status symbol of mental health. If you are concerned about the price, just consider the daunting price you pay to your cognitive health by putting off treatment. This September, use World Alzheimer’s Month as a call to action. Schedule a hearing test now and urge the people close to you to do the same.