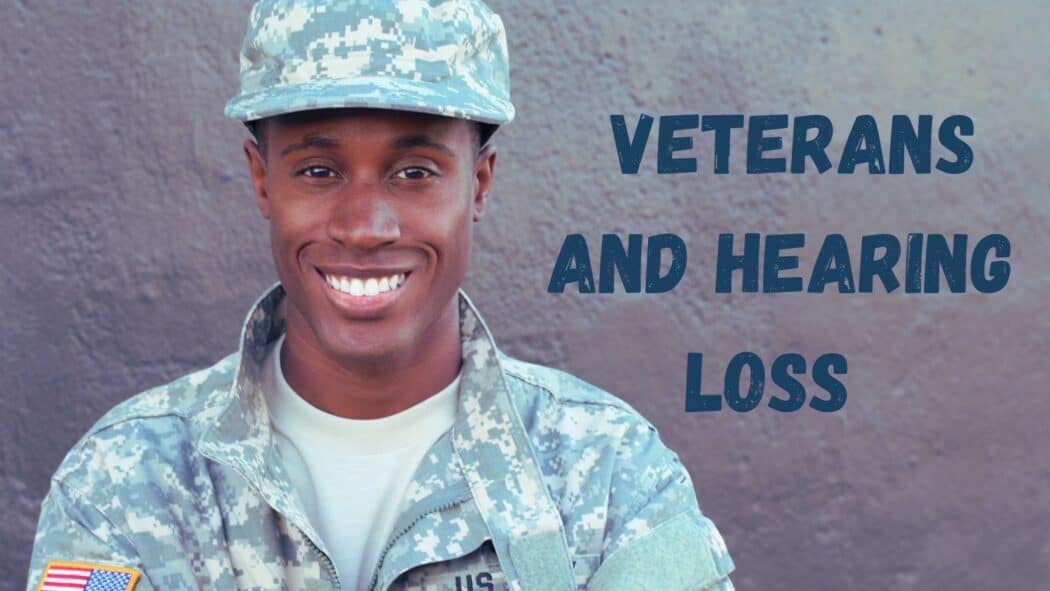 Are you a veteran who is dealing with hearing loss? If so, you are not alone. It is estimated that 60% of veterans returning from combat zones have reported cases of tinnitus and hearing loss due to exposure to very loud noises. This makes it one of the most common military service-related injuries according to the Department of Veterans Affairs. If you are experiencing hearing loss or tinnitus it is important to address it as soon as possible.

It is all too common for people who have served in combat zones to suffer from noise-induced hearing loss. This is because of the regular exposure to explosions, firearms, loud machinery and airplanes.

Sound is measured in decibels. A normal conversation between two or three people averages at around 60 decibels. Any decibel level which is 85 decibels or more can start to cause hearing damage. However, it is not just the level of sound but the length of exposure. A decibel reading of 85dB will cause hearing damage if exposed for eight hours or more. However, as the decibel level rises, the time it takes for damage to accumulate lessens. For reference, constant exposure of 88dB can take only 4 hours to cause the same level of hearing damage. Gunfire and explosions can reach between 145-150dB which can cause significant damage in just a few seconds. Similarly, from the outside of an aircraft at takeoff can reach around 140 decibels.

Tinnitus is the perceived sound of a buzz or ringing in the ears, which has no external source. Veterans have higher rates of tinnitus than the general public due to the noise levels they encounter while in the service. It has been reported that in 2015, over 150,000 veterans were diagnosed with tinnitus. Currently, over 1.5 million veterans are receiving disability benefits for this condition. Like hearing loss, tinnitus is caused when the cells of the inner ear become damaged due to many factors, including loud noise. When these cells are damaged, they can send false signals to the brain which are interpreted as the drone sounds of tinnitus. While a ringing in the ears might not seem like a big deal, if it is constant enough, it can increase stress levels and cause sleeplessness.

With added awareness, hearing loss and tinnitus acquired during duty can be avoided. While hearing protection is the best strategy, it is up to each individual to wear it vigilantly and correctly. Even so, it is not always possible to be prepared for the sounds of battle, leaving our military vulnerable to hearing loss. The noise environment of the modern battlefield can change very quickly. However, wearing hearing protection ensures that the military is ready for any sound which can come. The military buys plenty of foam earplugs that are not always utilized. These and earmuffs can lower the decibel level by as much as 33 decibels, which can make a huge difference during unexpected combustion.

Even so, when decibel levels reach 150dB, this still leaves noise exposure dangerously high. To improve conditions for members of the military, the Department of Defense and the VA are considering the use of tactical communication and protective systems (TCAPS), which provide better protection and more nuanced sound. TCAPS are a type of earbuds designed to limit battlefield noise exposure, cutting off noise that reach a set decibel threshold.

Side Effects of Hearing Loss

Untreated hearing loss causes communication issues, which make it difficult to find reliable employment for veterans and maintain healthy personal relationships. It can also increase the likelihood of falls, hospitalizations and cognitive decline. This leaves many who have served in the military struggling with emotional, mental, physical and economic hurdles.

There is no cure for hearing loss, but treatment using hearing aids has been found to amplify the sounds which may have been lost in battle. This allows veterans to participate in a conversation and be more aware of the world around them. If you are experiencing any perceived side effects of hearing loss and you are a veteran, chances are that the sooner you diagnose a hearing loss and seek treatment, the better your total health can be. Schedule an appointment for a hearing test today.